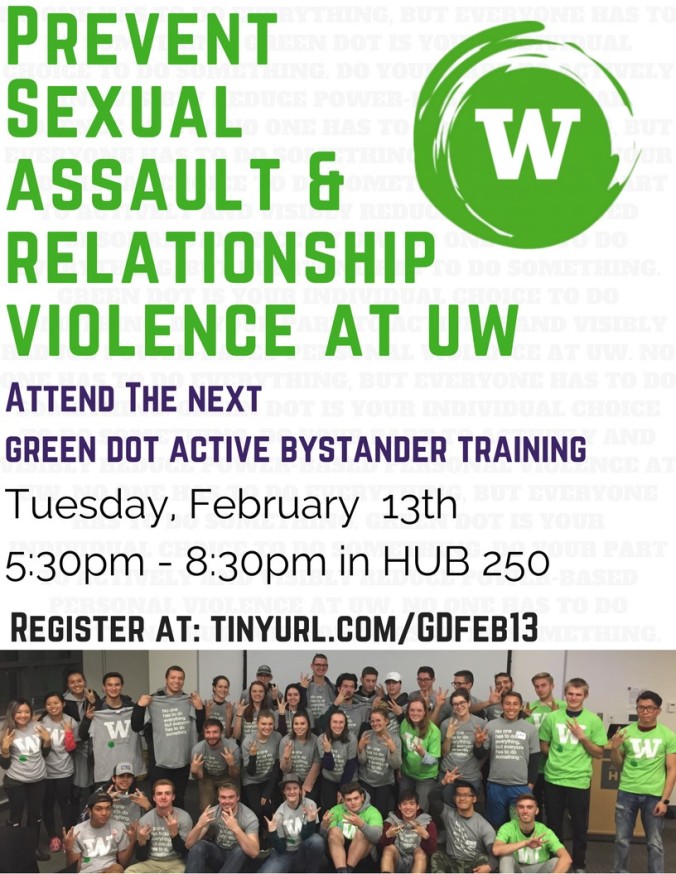 Green Dot Trainings engage students as leaders and active bystanders who step in, speak up, and interrupt potential acts of violence. We will examine the dynamics of interpersonal violence, barriers to intervening, and explore creative solutions for intervening.

April 12th: Through Our Eyes at the Ethnic Cultural Theatre 4:30-6:00pm
*A collaborative event featuring a documentary film, spoken word, and other performances that bring light and give a voice to experiences with sexual assault relationship violence in underrepresented communities

April 19th: Take Back the Night begins at 6:15pm the flag pole behind Kane and Odegaard and moves to the Ethnic Cultural Theatre at 7:00pm
*A powerful evening with a solidarity march, open mic, performances, and candle vigil to commemorate survivors of sexual assault and relationship violence END_OF_DOCUMENT_TOKEN_TO_BE_REPLACED